BiDil is indicated for the treatment of heart failure [HF] in self-identified black patients.

Depression and socioeconomic factors in HF

In addition to the physical burden of HF and the negative outcomes experienced by African Americans with HF, there is an emotional component. In the larger population of patients with HF, multiple studies have found5-7: 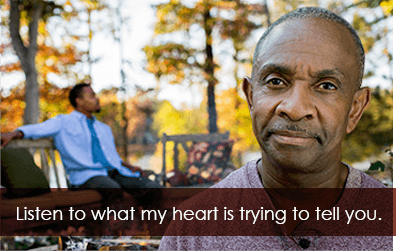 Incidence of depressive symptoms by number of risk factors7

Socioeconomic factors may also play a role in making the burden of HF heavier for African Americans. A study of more than 40,000 patients with HF showed that low income was a significant predictor of hospital readmission.8 Even after adjustment for baseline differences and process of care, lower levels of income were independently associated with a higher rate of rehospitalization.9 Once hospitalized for HF, African Americans are at a 45% greater risk of death or decline in functional status than white patients.8

Explore the pathophysiology of HF in African Americans

BiDil has no therapeutic bioequivalent

Read in-depth study data
Download a copy of the published study.
Help patients save on copays
Find out more about Instant Savings for patients.